Since its debut 90 years ago, the prestigious Academy Awards has turned out to be one of Hollywood’s biggest and most memorable nights. Fans have lots to look forward to each year, from their favorite film stars landing awards to major drama on the red carpet and stage. And the ceremony never disappoints.

Over the years, the Oscars have served up everything from a streaker running across the stage to cringe-worthy musical numbers and even winners refusing their awards. Keep reading to relive some of the most eyebrow-raising, jaw-dropping, and scandalous moments in the history of the Oscars.

2017: The Wrong Film Is Announced as Best Picture Winner

Who can forget Steve Harvey’s epic fail at the 2015 Miss Universe Pageant when he announced Miss Columbia instead of Miss Philippines as the winner? During the finale of the 2017 Oscars, the mother of all fails occurred. Faye Dunnaway erroneously announced the film "La La Land" as the winner, Best Picture, when it was, in fact, "Moonlight."


The audience was stunned and the stage descended into chaos when midway through his acceptance speech, producer Horowitz looked at the card he was holding and realized the mistake. In the end, Horowitz graciously handed over the award to the cast and crew of "Moonlight." 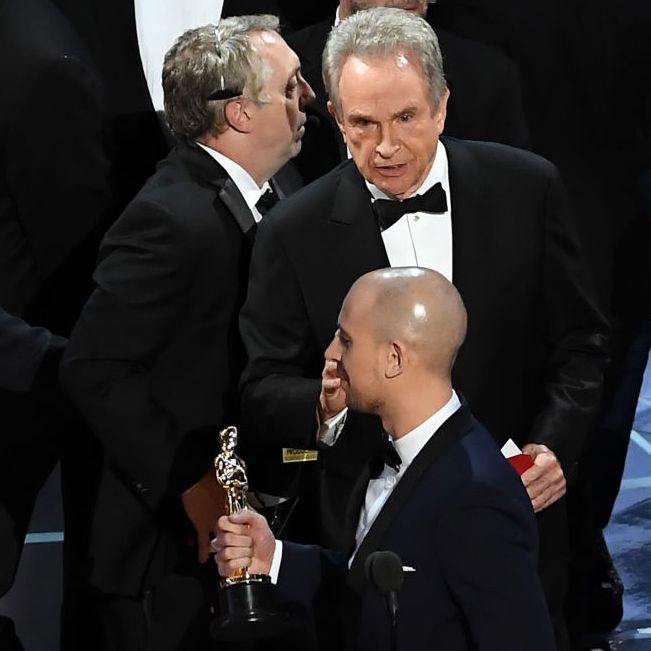